Do you need a Rooster to lay eggs?

Many new chicken keepers ask the common question, Do you need a Rooster in the flock to lay eggs? The short, simple answer is no. Chickens will happily lay eggs without a rooster. Now before you write off the thought of having a rooster in your flock there are a few benefits.

Here are the Pros and Cons of having a rooster you should consider:

The Benefits of having a Rooster

You need a Rooster to Raise Chicks

Chickens can lay eggs without roosters. However for an egg to form a chicken and hatch, it has to be fertilised. No rooster equals no chicks. If you want more chickens or a self-multiplying flock, then you will have to get a rooster. Otherwise, you’ll be begging or buying fertilised eggs whenever you have a broody hen!

Roosters look after the flock

Now, admittedly, in a backyard flock, hens are just as likely as a rooster to spot the bucket of scraps or a handful of mealworms that you just threw into the pen. But the evolutionary instinct of the jungle is still around, and hens seem to like having a provider and protector in the flock. They’ll even lay a little more.

Hens can be mean. Chicken society is rigid. The term pecking order exists for a reason. Hens will fight brutally for their place in the pecking order. Some hens are just plain bullies. Roosters, on the other hand, will usually not clash with the hens. Nor will they participate in bullying. Also, they frequently break up hen-fights. So while the question of "Do you need a Rooster to lay eggs" is no, you can certainly have a more balanced flock with a rooster.

Although uncrowded hens generally get along with each, a flock with a rooster is usually more peaceful. There is less fighting for the top spot by the hens. This is because roosters are the natural leader. Their physique is more substantial as well as more muscly. If you watch hens which have a rooster in the flock, they tend to be more relaxed as well as less likely to indulge in bullying or fights.

Roosters can be lovely

There is something special about watching a proud rooster foraging in the farmyard. His gentlemanly prowess as he woos the hens with a dance is beautiful.

Reasons not to have a Rooster

When you conjure up the image of a rooster crowing on the apex of a barn shed at the crack of dawn you think of a rooster announcing the first morning light. Now take that image and forget it — Roosters crow at all hours and for almost any reason.

Some things which can get a rooster crowing include:

Roosters will crow, no matter what you do. It’s their instinct. And despite what folklore says, roosters don’t just crow at dawn. They want to remind the rest of the world that they are alive and also have a lovely flock of ladies to prove it. 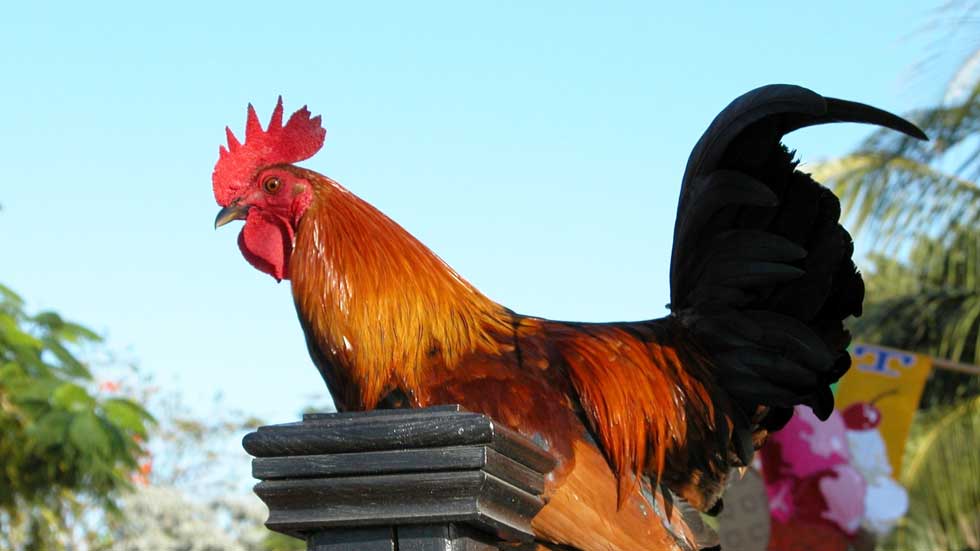 In urban and suburban areas, there are strict regulations about keeping chickens. These laws often determine how much land you need as well as how many chooks you can have. And in the interest of friendly neighbourhood relations and also urban noise pollution, they often also restrict the keeping of roosters. Before purchasing your Rooster check the local council to avoid unnecessary conflict or potential fines.

You don’t have many hens

Generally, show breeders keep breeding pairs. But in a backyard chicken flock, the ratio is usually six hens to one rooster. Less than that can lead to one hen being favoured. This can cause feather loss on the hens back and other related problems.

You have a mixed flock

Try to keep the size of the rooster in mind with the smallest birds in your flock.

There’s nothing wrong with keeping a rooster in most mixed flocks. But if you have a significant discrepancy in the size of birds, it may cause problems. For example, a big Rhode Island Red rooster could cause serious injury to a bantam hen. If you want to introduce a rooster to a mixed-breed flock, consider getting a smaller breed. Then observe to ensure it doesn’t accidentally harm the smaller hens.

Some Roosters are mean to the hens

Some customers have said they don’t keep roosters because they are mean to the hens. We agree some roosters take what they want without asking. However, nice roosters generally woo the hens. Once a rooster has chosen a hen, he will dance around her, cluck to her, as well as possibly present her with food. If a hen crouches for the rooster, she is indicating that she accepts the advances. They may seem to us to be brutal. Nice roosters rarely go after a hen that tries to evade them.

While it is unclear why some roosters are more chivalrous than others, it may be genetic. If you have ended up with an unkind rooster, think about replacing with a Romeo-type for the hens.

Also, in flocks with competing roosters, the roosters are less-gentlemanlike. This is because they are trying to protect their territory as well as mate with as many hens as possible. The same may apply to roosters who are paired with a substantial number of hens.

Roosters, even gentlemanly roosters, can also cause injury to the hens. Usually, the roosters damage the hen’s back when they are treading on her. It may lead to feather loss and also potential skin damage. This can be the result of:

The feather loss is uncomfortable for the hen. It may also lead to feather pecking and eventual death. The best treatment for this damage is to remove the affected hen and treat the feather loss. If it continues to be an issue, get a chicken saddle to protect any suffering hen from the rooster’s claws.

Advice for keeping a flock with a rooster happy

While everyone thinks about the leading question, "Do you need a Rooster to lay eggs", a hens happiness goes a long way to egg production. By having a Happy Rooster, you can have confidence the flock shall be high spirited and happy.

Keeping a flock with a rooster happy is pretty simple. Have one rooster and plenty of hens.

Remove chicks that turn out to be roosters before they get big enough to upset the status quo, and ensure your rooster is a lover, not a fighter.

If you still want a rooster and live in the UK, check out the options and connections available on our Where can I Buy a chicken in the UK article. 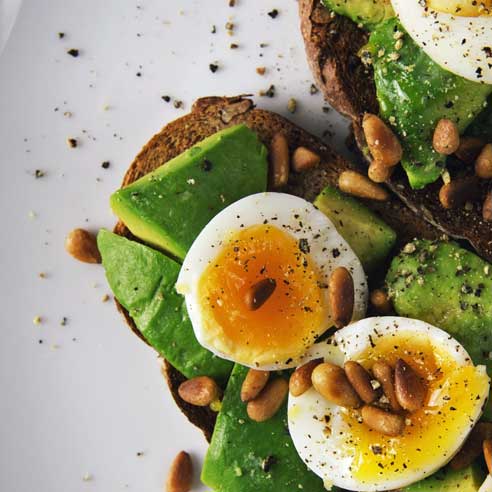 The Best Egg and Avocado Recipe

The key to a good recipe is to make something in minimal time that tastes amazing. This is a modern twist on Grandma's boiled eggs on toast. There would be very few people that could resist the flavours or Rye or Sourdough, Avocado and freshly laid eggs. And this recipe for The Best Egg and [...] 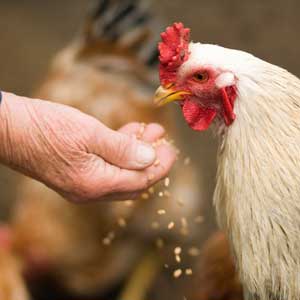 Care for your chickens when you go away

Holidays are exciting! But going away can be stressful if you have chickens. Find out the Top 5 ways to Care for Chickens when you go away. Things to consider if going awayWhen it comes to your Chickens and laying hens you should consider their: Adequate Feed SupplyAdequate Fresh water supplyNumber of days you shall be [...] 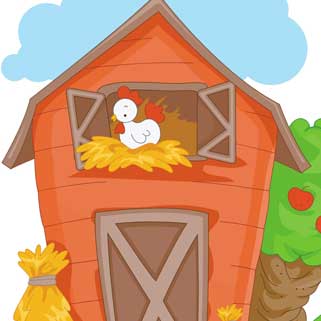 Keeping chickens does not have to take up all your time. In today's world, our lives are busy doing so many things. So here are a few top ideas which can make your Chicken Keeping more about enjoyment and less about time management. Easy, smart ideas which can be your go-to guide for Time Saving [...] 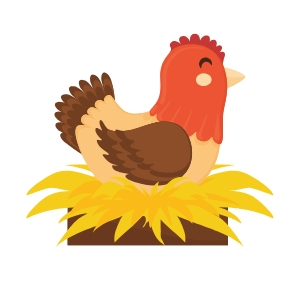 Broody Chicken - What to do

A broody chicken is not merely laying in the shade on a warm summer English day. Nor is it having a siesta while the rest of the flock is actively enjoying the run. What is a Broody Hen? What are the symptoms and what can be done to help?If you have noticed one or [...] 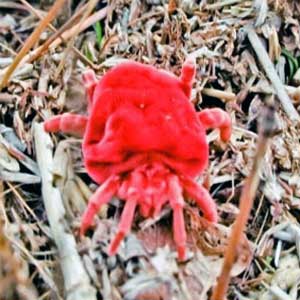 All animals, pets and poultry are exposed to a variety of parasites when in the outdoors. Here are the most common Chicken Parasites and TreatmentsChicken LiceLice do not bite the Chicken but instead eat dead skin. They make Chickens extremely uncomfortable. One of the signs of chickens with lice is they start pecking at themselves. [...] 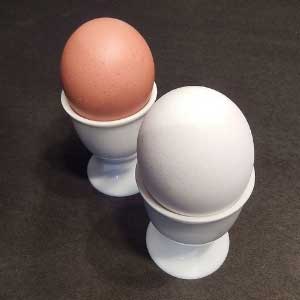 Eggs vary with different shades as well as colours. Some are bright white; others have a more creamy shell, some are brown in colour. With all the variations, there can be confusion. This leaves people questioning, Are Brown Eggs Better? So we'd like to set the record straight on Brown vs White eggs.Are brown eggs [...] 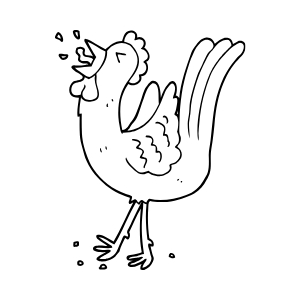 What should you feed Chickens and Hens?

What should you Feed Chickens and HensHealthy chickens that lay nutritious eggs need a proper diet. But what is a healthy diet for chickens? So many backyard chicken keepers make common, costly mistakes that affect the health of their hens. Simple errors in dietary requirements can not only affect the health of your hen but [...] 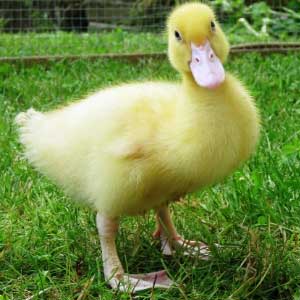 Can I keep Ducks and Geese with Chickens? 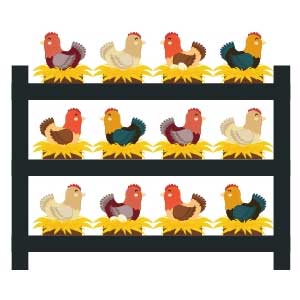 How to Keep Chickens and Hens

Chickens make great pets, as well as providing freshly laid eggs. If you have children, the fun of collecting the eggs is always there. And luckily, keeping a few backyard chickens is surprisingly easy! Here are some simple things you need to know about how to keep chickens and hens.What do I need to keep [...]